Results of the Sochi Paralympics. Russia won by a landslide, with 80 medals — 65 more than runner-up Germany. pic.twitter.com/nwxEf3MODt

Just to clarify, unless Russia wins appeal (it has 21 days), NO Russian athletes at Paralympics. No IOC-style vetting process, no neutrals.

The IPC suspends the Russian Paralympic Committee with immediate effect

After evaluating all of the evidence before it, and allowing the Russian Paralympic Committee to present its case both in writing and in person, the IPC Governing Board unanimously determined that the Russian Paralympic Committee is unable to ensure compliance with and the enforcement of the IPC’s Anti-Doping Code and the World Anti-Doping Code within its own national jurisdiction. These obligations are a fundamental constitutional requirement for all National Paralympic Committees (NPCs), and are vital to the IPC’s ability to ensure fair competition and to provide a level playing field for all Para athletes around the world.

In line with the IPC’s Suspension Policy, the Russian Paralympic Committee now has 21 days (28 August) to appeal the decision.

The effect of the suspension is that the Russian Paralympic Committee loses all rights and privileges of IPC membership. In particular, a member is not entitled to be heard, except with respect to their suspension, or to vote at meetings of members, and/or to enter athletes in competitions sanctioned by the IPC, and/or to participate in IPC activities. Consequently, the Russian Paralympic Committee will not be able to enter its athletes in the Rio 2016 Paralympic Games. 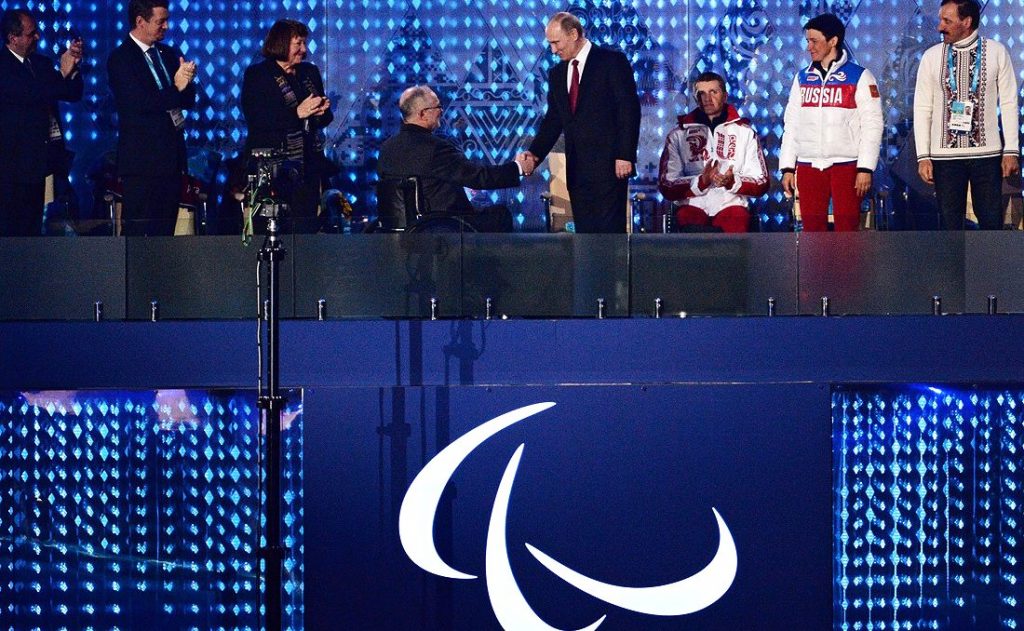 „This decision has placed a huge burden upon all our shoulders, but it’s a decision we’ve had to take in the best interests of the Paralympic Movement.

Ultimately, as the global governing body for the Paralympic Movement, it is our responsibility to ensure fair competition, so that athletes can have confidence that they are competing on a level playing field. This is vital to the integrity and credibility of Paralympic sport, and in order to achieve this it is fundamental that each member abides by the rules.

Since the publication of the McLaren Report on 18 July our priority has been to establish the full facts in respect of Para sport. A decision of this magnitude must be evidence based and not influenced by the many and varied views of other people or organisations outside of the IPC and the Paralympic Movement.

In particular, we have taken the necessary time to ask further questions of Professor McLaren and his investigation team, to await the results of samples undergoing further forensic examination and to invite the Russian Paralympic Committee to present its case to the IPC and enter into dialogue with the IPC Governing Board.

With the full facts to hand, we were deeply saddened to find that the State-sponsored doping programme that exists within Russian sport regrettably extends to Russian Para sport as well.

Tragically this situation is not about athletes cheating a system, but about a State-run system that is cheating the athletes. The doping culture that is polluting Russian sport stems from the Russian government and has now been uncovered in not one, but two independent reports commissioned by the World Anti-Doping Agency.

Our decision is driven by the need to hold our members accountable for their obligations. On the basis of the evidence we have, in the current environment our member the Russian Paralympic Committee cannot comply with the IPC’s Anti-Doping Code and the World Anti-Doping Code. Those obligations are crucial to the IPC’s guarantee of fair competition for all. 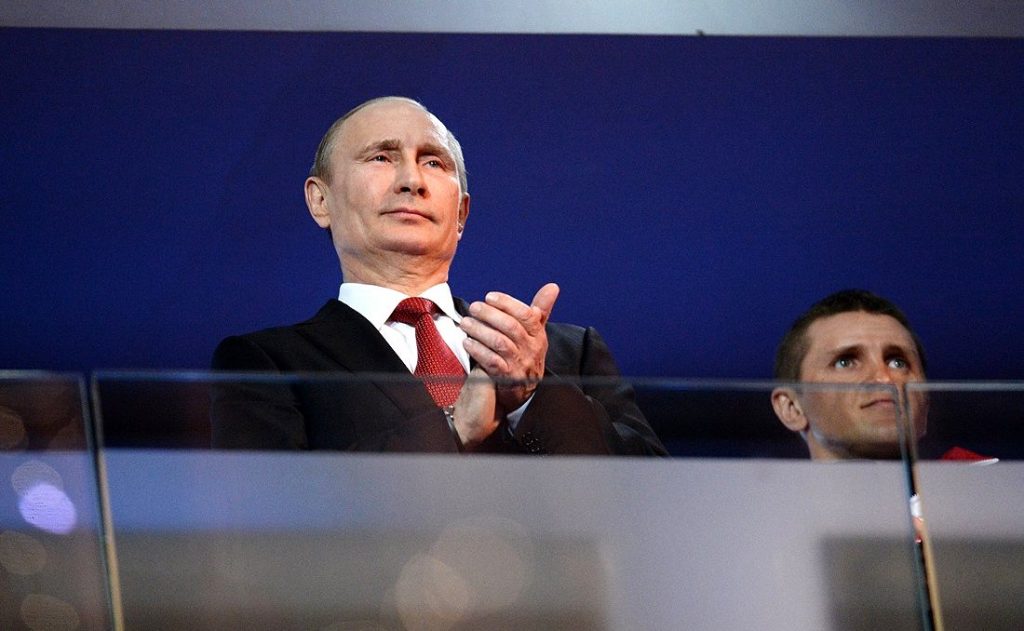 I believe the Russian government has catastrophically failed its Para athletes. Their medals over morals mentality disgusts me. The complete corruption of the anti-doping system is contrary to the rules and strikes at the very heart of the spirit of Paralympic sport. It shows a blatant disregard for the health and well-being of athletes and, quite simply, has no place in Paralympic sport. Their thirst for glory at all costs has severely damaged the integrity and image of all sport, and has certainly resulted in a devastating outcome for the Russian Paralympic Committee and Para athletes.

I have deep sympathy for Russian Para athletes who will miss out on the Rio 2016 Paralympic Games. They are part of a broken system and we sincerely hope that the changes that need to happen, do happen. Russia has some top-quality athletes across all sports and we look forward to the day when we can welcome the Russian Paralympic Committee back as a member safe in the knowledge that it is fulfilling all its obligations in order to ensure a level playing field for all.“

Since opening suspension proceedings against the Russian Paralympic Committee on 22 July, the IPC has, among other things taken the following steps:

· The McLaren Report identified 35 samples related to Paralympic sport where a liaison person within the Moscow Laboratory notified the Deputy Minister of Sport Yury Nagornykh following a positive screen result. Following this notification, samples were marked either as QUARANTINE or SAVE. Such actions are a direct breach of both the World Anti-Doping Code and the IPC Anti-Doping Code.

· Following a request from the IPC on Monday 18 July, Professor McLaren provided the names of the 35 athletes associated with the 35 samples on Thursday 21 July, together with the dates the samples were provided, the possible substance the athletes tested positive for, the sample code numbers and whether the sample had been marked QUARANTINE or SAVE.

· On Saturday 6 August, the investigation team provided the IPC with an additional 10 samples, relating to nine athletes, which were part of the “disappearing positive” methodology. In total the IPC now has information on 45 samples relating to 44 athletes.

· From these data, the IPC determined in what sports the 44 athletes compete, with the exception of one individual that has not been identified yet.

· Our research revealed that 17 of the 45 samples originate from athletes who participate in sports that are either not on the Paralympic programme or whose international federations are not recognised by the IPC.

· This leaves 27 samples that are related to athletes in eight Para sports that are part of the current Paralympic sport programme. Five of the eight sports are summer sports whilst three are winter sports.

· At least 11 of the 27 Para sport athlete samples were marked SAVE by the Moscow Laboratory. This means that positive samples from these Para athletes were subsequently reported as a negative, and the athletes faced no punishment.

· Professor McLaren believes, that as with all sports listed in the report, there are likely to be even more samples that were included in the “disappearing positive” methodology. 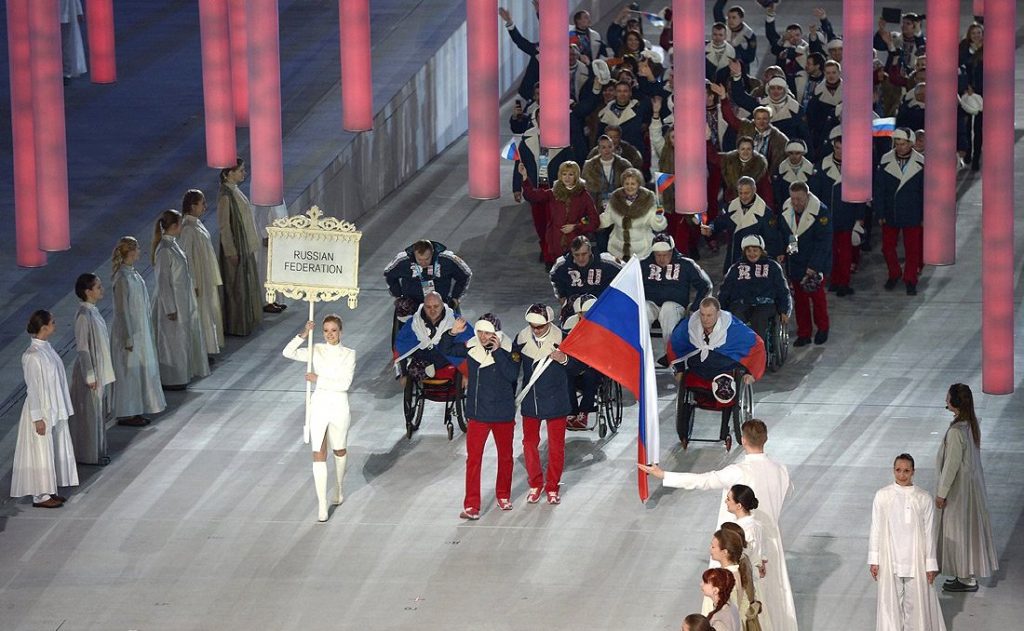 · In total, the IPC sent 21 samples from seven Russian athletes who competed at Sochi 2014 to London for further forensic examination. These samples were selected by the investigation team on an intelligence-led basis, together with a small number of additional samples chosen by the IPC.

· Upon receipt, the laboratory found that two samples had sediment in the cap which meant they could not be tested, leaving 19 samples that could be properly examined.

· Of the 19 samples, forensic examination established that the caps of 18 samples showed scratches and marks that were consistent with those found on the Sochi 2014 Olympic Winter Games samples.

· DNA analysis confirms the clean urine which was swapped comes from the same athlete.

· According to the McLaren investigation team, the bottles examined are a representative sample that indicates Paralympic athletes were included in the broader doping scheme. They believe that further investigations will uncover many more samples involved in this programme.

· Now that these data have corroborated the claim that this State directed scheme has involved Russian Paralympic athletes, the IPC plans to reanalyse every Russian sample from the Sochi 2014 Paralympic Games in the coming months.

· The IPC is also seeking further advice from the IPC Anti-Doping Committee and WADA on what measures can be taken to address the athletes associated with these samples, including results management.

· In accordance with the IPC’s Suspension Policy, the IPC provided sufficient time to allow the Russian Paralympic Committee to present their case to the IPC.

· On Friday 29 July, the Russian Paralympic Committee provided written submissions to the IPC Governing Board for consideration.

· On Wednesday 3 August, a seven-person delegation from the Russian Paralympic Committee visited the IPC’s headquarters in Bonn, Germany, to additionally present their arguments in person before the IPC Governing Board.

· Twelve of the IPC Governing Board members – six of which are Paralympians – participated in the three-hour meeting which also provided an opportunity for both parties to enter dialogue and ask and answer questions of each other.

· After this meeting, the IPC Governing Board convened for a further two hours to discuss the evidence it had before it.

· Questions that could not be fully answered in the meeting were responded to within 24 hours in writing.

Slot redistribution and next steps

Following the decision, the IPC is now working with the relevant International Federations to determine how the 267 slots Russian athletes had secured across 18 sports for Rio 2016 can potentially be redistributed to other NPCs. A final decision will not be taken on redistributing these slots until after the outcome of any potential appeal by the Russian Paralympic Committee is decided.

The IPC also will now begin developing the steps the Russian Paralympic Committee will need to take to meet its membership obligations. By rule, the Russian Paralympic Committee’s suspension will be lifted immediately following the Governing Board’s determination that the member is once again able to meet its membership obligations in full. 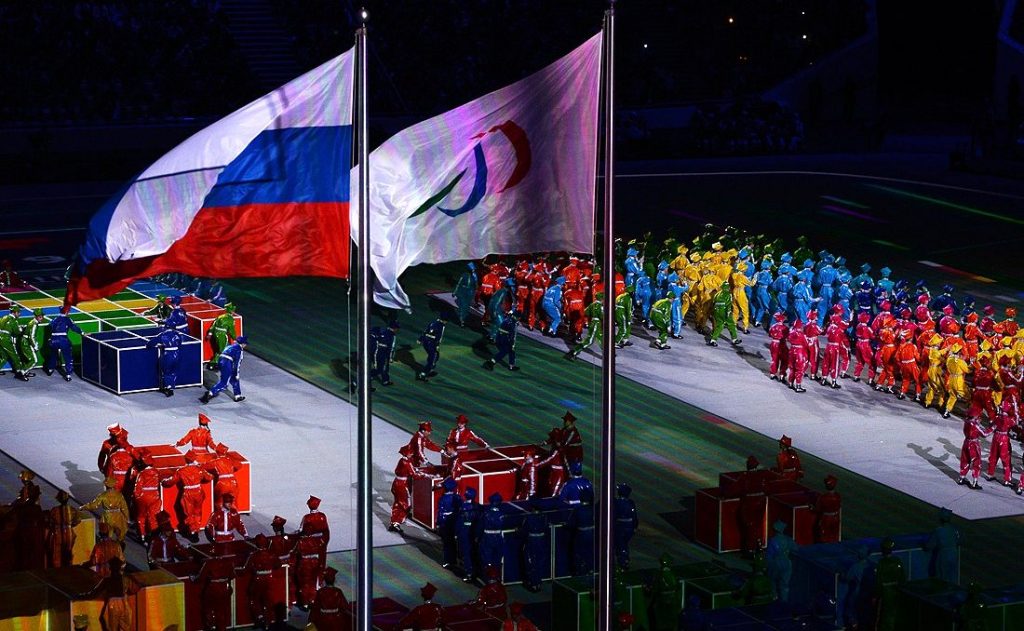 WADA acknowledges the work conducted by the IPC (since the release of the McLaren Report on 18 July) in gathering more evidence from Professor McLaren from which to make its decision.

WADA supports the decision taken by the IPC, which we believe is in the interest of clean athletes and the clean sport movement. The IPC’s decision follows the WADA Executive Committee’s 18 July recommendation to the IPC that they consider declining entries of athletes by the Russian Paralympic Committee for Rio 2016 as a result of the McLaren Report.

World Archery strongly disagrees with the ban, which goes against the principles of inclusion and fair play, and considers the decision to have been taken based on a report that is unfinished and should remain ongoing until its mandate is completed, as stated by the IOC and WADA.

World Archery has discussed the ban with other affected Olympic federations. The consensus is that the IPC’s decision was taken without any proper consultation with the relevant federations responsible for the sports at the Paralympic Games, and against the best interests of these federations.

World Archery is disappointed that the IPC did not clarify which were the three summer Paralympic sports that were implicated in the McLaren Report, as it puts the image of World Archery and other summer sports into question.“