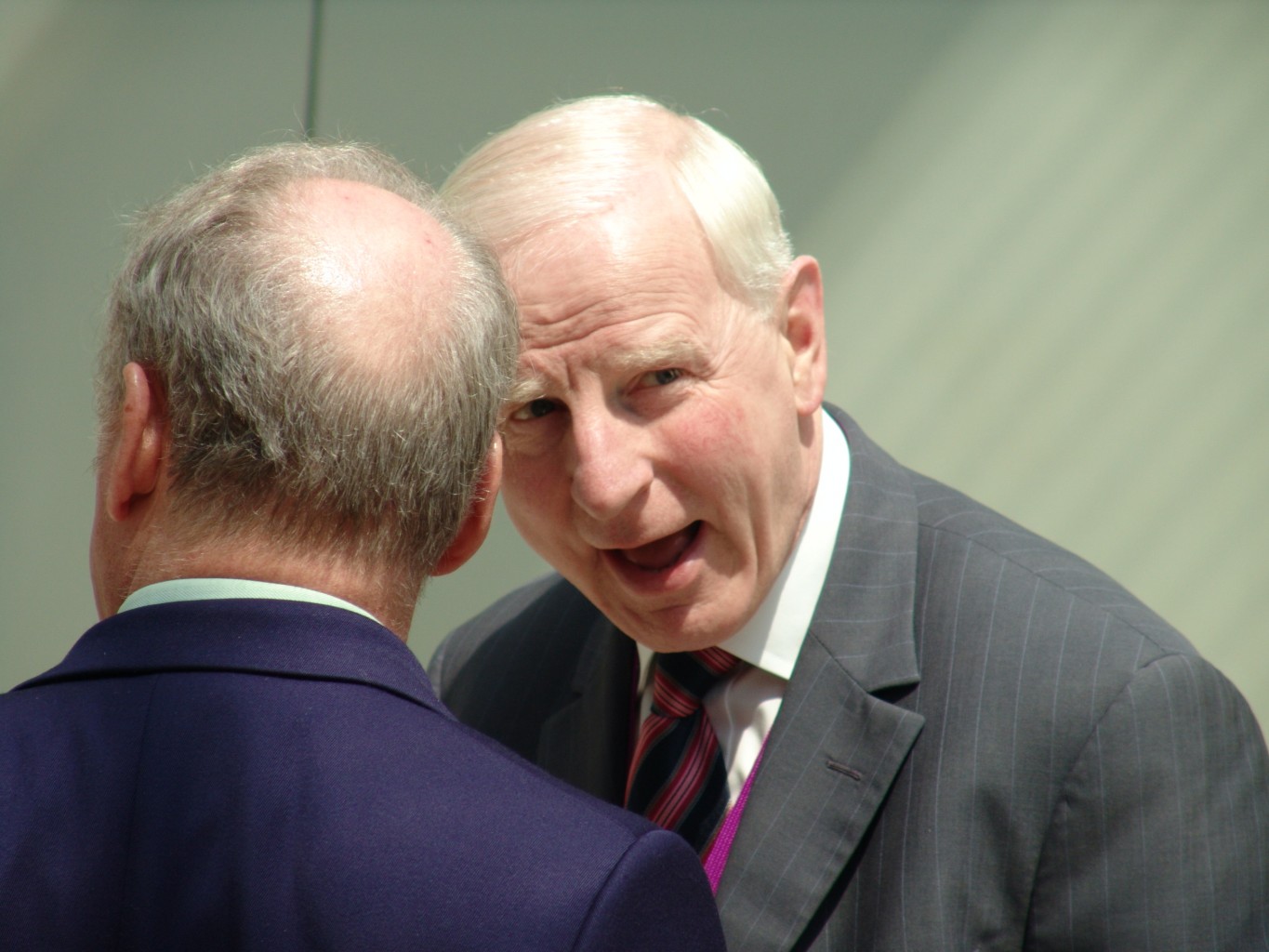 „We searched around the globe,“ Irish Olympic Committee president Pat Hickey told the Dublin Sunday World in November last year, in his quest for the best commercial partner to sell Ireland’s allocation of tickets for the London Games.

Hickey may have searched the globe – but he found the answer close to home.

It’s the company that employs his son Stephen. Three cheers for the Olympic Family.

Hickey junior is employed by The Hospitality Group (THG), a subsidiary of the Marcus Evans Group who deal extensively in Olympic tickets, obtained from Olympic committees in Greece, Malta – and of course Ireland – and packages them with hotel rooms.

Hickey senior, a member of the International Olympic Committee’s ruling Executive Board, then demanded an increased allocation of tickets from Seb Coe’s London organizing committee. Hickey and the organizers both refuse to reveal if the demand was granted.

The Olympic activities of the Marcus Evans Group and some of the national Olympic committees he buys tickets from were investigated by the London Sunday Times in June this year. The International Olympic Committee’s Ethics Commission immediately launched their own investigation into Marcus Evans’ dealings in Olympic tickets. It is expected to report soon.

For this article we wrote to Mr Hickey asking questions about his dealings in Olympic tickets. We also asked him if the employment of his son by Marcus Evans gave him any conflicts of interest?

Mr Hickey didn’t answer any of the questions. Instead he emailed us a bundle of copy ‘n’ paste clichés while insisting, bizarrely, that he operates a ‘policy of complete transparency.’

So we wrote to Marcus Evans. Hickey was dodging the questions – would he tell us how much he had paid for Ireland’s tickets? And did he think that employing Stephen Hickey gave his dad a conflict of interest? He didn’t reply either.

We also wrote to the London 2012 Organising Committee, asking about the allocation of Olympic tickets to Mr Hickey and his business associates. More than a week later, they have not responded. We emailed a reminder – but they have not replied.

Pat Hickey and his secret deals are already a topic in the Brazilian Parliament since Deputado Federal Romário called today for IOC officials Patrick Hickey and Carlos Nuzman to be invited to Brasilia for questioning by a Congressional committee about ticket deals for the Rio 2016 Olympics.

Congressman Romario also wants to ask Mr Hickey about allegations that bribes have been paid by cities bidding to host the Olympics. This statement, posted on Romario’s website, begins with questioning the re-election of Carlos Nuzman to preside over Brazil’s NOC.

And then … Hickey junior’s THG company came up with another plan to help Irish and other fans empty their wallets. They took over a pub near Kings Cross and renamed it ‘The Irish House.’ Hickey senior gave permission for it to be Ireland’s ‘official hospitality venue,’ bestowing the much-sought after and valuable privilege to display the five rings.

There was confusion over the role of Stephen Hickey. In London his title was THG Operations Manager at the Irish House; when asking for a Euros 300,000 subsidy from Ireland’s Tourist authority he was a representative of papa’s Olympic Council of Ireland but when challenged by a Dublin reporter, Hickey junior denied that getting this job had anything to do with his father.

THG forecast 40,000 visitors during the Olympics, paying a £10 entrance fee during the day and £15 after 6pm. The Irish House closed after the Games and did not offer hospitality to athletes, officials and fans attending the Paralympics.

Patrick Hickey has controlled Ireland’s Olympic Committee since 1989 thanks to a unique constitution that gives his supporters on the executive committee extra votes. So every four years, Pat Hickey wins Gold!

I do not consider him a person with the minimum ethical and moral qualities.

But Pat Hickey is highly thought of in Belarus and Azerbaijan where local thug dictators Alexander Lukashenko and Ilham Aliyev lock up critical reporters, claim to cherish the Olympic ideal and preside, like Hickey, over their national Olympic committees. Look out for Hickey giving them sports events promoted by his European Olympic Committees organisation.

All in the Olympic family.

4 Gedanken zu „IOC EB member Pat Hickey, his son & the deals they do“