What could this be? Lukashenko’s locking up brave young human rights protestors? The disqualification of two Belarusian athletes at the Beijing games after testing positive for more testosterone than a billy goat on Viagra?  Lukashenko has kept them on the sauce with the London 2012 women’s shotput winner soon stripped of her gold medal.

Transparency In Sport has recently unearthed in an Olympic archive a „Strictly private and confidential“ letter written by Hickey in 1991 to the good ol’ boys in Salt Lake City who were bidding for the 1998 winter games. The helpful Hickey had some inside track on pay-offs. „Certain IOC members have entered in to a contract with Nagano to vote for them for a fee of $100,000“, he confided. Nagano won the games and lesson learned, Salt Lake paid industrial-scale bribes and won 2002.

Hickey said he had this information from Italy’s Mario Pescante who survived a doping cover-up scandal in Italian football to become Berlusconi’s sports minister and an IOC member. 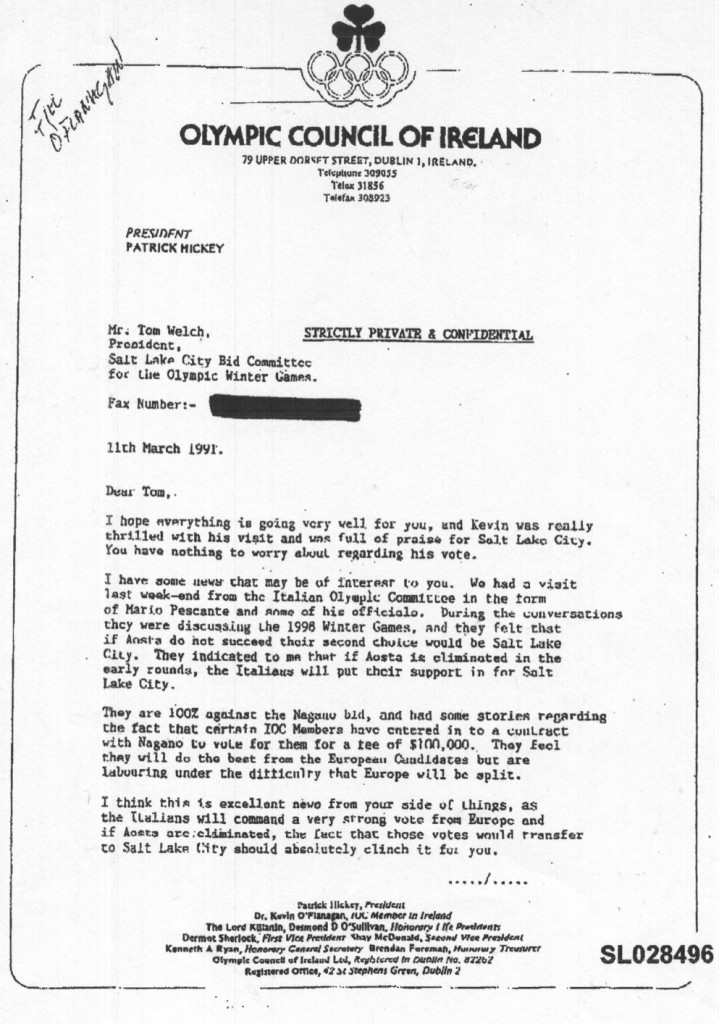 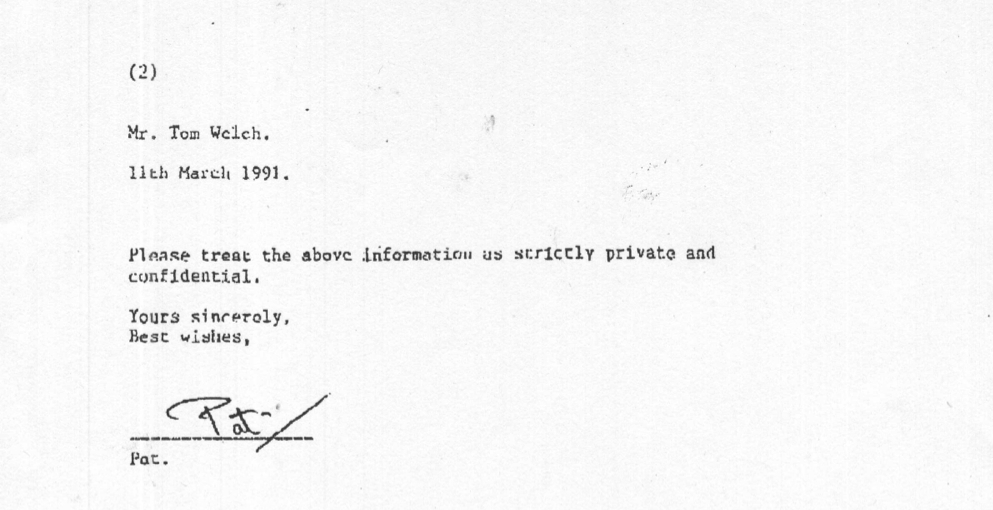 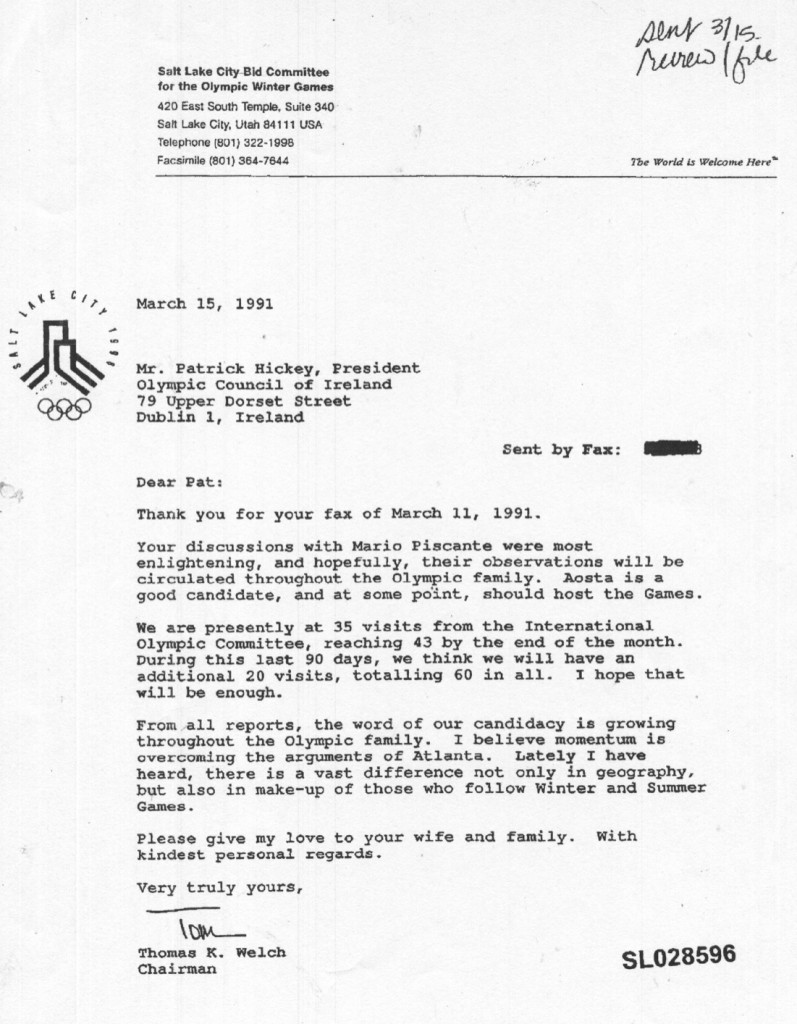 As the scandal of Salt Lake’s bribes unfolded in 1999 Pat Hickey was an obvious candidate for the IOC’s reform committee. He sat alongside fellow IOC members Mario Pescante; Ivan Slavkov (forced to resign after Panorama filmed him soliciting a bribe), Joao Havelange (forced to resign last year after Panorama caught him trousering a $1 million kickback), Pal Schmitt (resigned as president of Hungary earlier this year following allegations that he plagiarised his PhD thesis); Primo Nebiolo (now deceased; rigged athletics results and supplied drugs to Italian athletes), and ice hockey boss Rene Fasel (reprimanded by the IOC Ethics Commission in 2010 for „tarnishing“ their reputation. A close friend had been paid  £800,000 by the Swiss company awarded international marketing rights for ice hockey).

Coincidentally, on the same day last month the Lukashenko ban was announced Hickey was elected unopposed to the IOC’s Executive Board.