When International Olympic Committee president Jacques Rogge held up the envelope with the five rings and pulled out the name of the host city for the 2016 Olympic Games, Rio de Janeiro residents exploded into celebration: fireworks and confetti lit up the sky, and thousands wearing yellow and green, Brazil’s national colors, danced along Copacabana Beach.

The glee of beach-goers on that October day in 2009 was an immediate reaction to the IOC’s vote, but it was fueled by a larger phenomenon – a momentous transformation of the country. Brazil was flourishing economically and it was politically stable, this was something worth celebrating.

But there was more: the deeply ingrained inequality that marked the country was diminishing. With Luiz Inácio Lula da Silva, a Workers Party (and working class) president in power, and the discovery of oil along Rio de Janeiro’s shore there seemed to be money and political will to address the historical deficits in education, health, and access to rights that hampered so many Brazilians, and hamstrung the country’s development.

The IOC’s decision to hold the Games in Rio, after Brazil had already been chosen to host the World Cup, was read as recognition of these achievements and a vote of confidence in a future that held more of this growth in store.

To Rio residents, known as cariocas, authorities promoted the Games as not only a chance to highlight achievements, but also as an engine for to push for more, and necessary, changes.

Indeed, the bid came with promises to address some of Rio’s most serious challenges, and with a concrete deadline by which to fulfill them. There were specific commitments to clean up the Guanabara Bay at the center of metropolitan Rio in time for sailing competitions, to improve transportation in the notoriously congested streets, and to improve safety in the streets, a problem Rio residents grappled with daily.

The biggest social legacy would come through a program called Morar Carioca, which Rio mayor Eduardo Paes touted regularly during his re-election campaing. The program’s goal was to bring basic services – running water, safe electricity, sewage collection – to all of the city’s favelas by 2020. The $8 billion program would have been the most comprehensive one of its kind in Rio’s history and could have served as a model for other cities. If implemented, it would impact the lives of the one in five Rio residents who lives in a favela.

Fast forward to 2016. Nothing is as expected. Brazil, mired in a serious political and economic crisis, scarcely seems the same country. The year started off with protests. Crowds in national colors surged along Copacabana beach again, but this time, they were furious. Banners called for the impeachment of President Dilma Rousseff, the hand-picked Workers Party successor to Lula.

Their indignation stemmed in part from Rousseff’s inability to stop the downward spiral of the economy and control finances. In 2015, the country’s GDP shrank by nearly 4 percent, and the prospects for 2016 were not much better. The unemployment rate rose to above 8 percent for the first time in years, and a resurgence in inflation made each trip to the supermarket more meager than the last.

The country was adrift, but Brazil’s politicians were too distracted by other scandals to focus on governance. The Workers Party and the opposition were deeply embroiled in an illicit scheme in which leading politicians; the national oil giant, Petrobras; and the country’s largest construction companies traded influence, bribes and padded contracts to their mutual benefit. For the past two years, an investigation had unraveled evidence of corruption of unprecedented depth and breadth. Now, with days to go until Rio de Janeiro’s Olympics, Senators are weighing impeachment charges against the president. 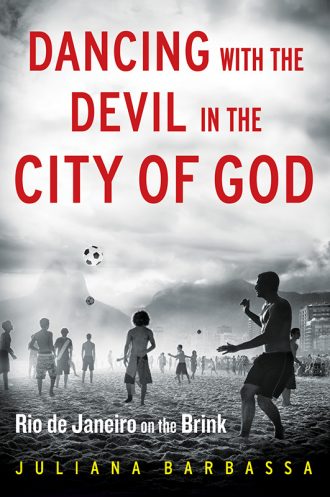 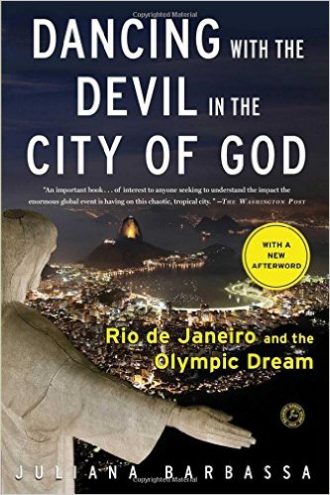 The sense of betrayal and dashed hopes was amplified in Rio de Janeiro. Basic services were suffering cuts. State hospitals closed to all but the direst emergencies. Universities cut back on cleaning crews and maintenance. By 2016, it had also become clear that most of the social, economic and infrastructural transformations expected from the preparations 2016 Olympics had failed or were deeply flawed, and would not deliver as promised.

Guanabara Bay, whose cleanup was held as a one of the most important legacies of the Games, remained a toxic soup. Independent testing found the bay to be chronically contaminated with viruses and bacteria characteristic of human sewage.

The flagship public security program launched by the state in late 2008 was suffering a severe crisis. The Pacification Police Units program, known as UPP in its Portuguese acronym, had been launched in late 2008 with the goal of reclaiming for the state territory long controlled by drug dealing gangs. By 2016, UPP officers had been charged with murder, collusion with traffickers and other serious crimes.

Even the comprehensive favela improvement program Morar Carioca was financially gutted and dismantled without an explanation. Meanwhile, the city removed favelas, by force if necessary, and sent families to federal housing projects that were up to five hours away. More than 22,000 families have been displaced since 2009.

Emergency measures promulgated by city and state authorities would make sure that, despite economic retrenchment, Rio would be ready to welcome athletes, VIPs, journalists, and tourists.
Traffic congestion would be ameliorated by declaring holidays during competitions. Especially rigged boats to rake in the trash floating on the bay. Security would be guaranteed by sending out 85,000 law enforcement officers to clamp down on the city.

These exceptional measures would turn Rio de Janeiro into an Olympic theme park for the duration of the Games – safe, clean (enough) and with stellar transit. Once the closing ceremonies conclude, cleaning crews in their orange uniforms would sweep up the confetti, and cariocas would resume life in a city that was at least as polluted, congested, unequal and violent as before, if not more so.

Rio de Janeiro’s 2016 Games exposed a fundamental flaw in the Olympic promise: the event, with its short-term deadlines and narrow objectives, does not mesh well with long term city planning goals, but instead captures urban planning agendas for short term demands. The face of the city had indeed been transformed – but by 2016 it was clear the changes were for benefit of a small network of political and economic interests, and at the expense of the population as a whole.

Just as the Olympics left their mark on Rio, the city has left its mark on the Olympics as well. The gap between what was expected and what has been delivered is so great, and the dissonance between priorities pursued and those emphasized by the population is so extreme that it makes clear that whatever else they might be, the Games as they are currently cast are not a good tool to foster urban development. Coverage of Rio’s preparation for 2016 has helped disseminate that incongruence. Fewer and fewer cities are interested in hosting. This might be Rio 2016’s most lasting legacy.

The essay was adapted from one first produced for Play the Game and the International Council for Sports Science and Physical Education.

* * *
If you are interested in genuine coverage, if you’d like to read more stories like this (The IOC, the olympic family and the absolutely impeccable reputation of KGB/FSB agents), consider to support investigative journalism, freelance journalism, when booking the Rio 2016 coverage ticket or an Annual ticket for my blog „Sport and Politics: