On 26 May 2011, FIFA Executive Committee member Mohamed bin Hammam has requested the FIFA Ethics Committee to open ethics proceedings against FIFA President Joseph S. Blatter on the basis that, in the report submitted by FIFA Executive Committee member Chuck Blazer earlier this week, FIFA Vice-President Jack A. Warner would have informed the FIFA President in advance about alleged cash payments to delegations attending a special meeting of the Caribbean Football Union (CFU) apparently organised jointly by Jack A. Warner and Mohamed bin Hammam on 10 and 11 May 2011 and that the FIFA President would have had no issue with these.

Subsequently, the FIFA Ethics Committee today opened a procedure against the FIFA President in compliance with art. 16 of the FIFA Code of Ethics.

No additional comments will be made by FIFA until further notice. 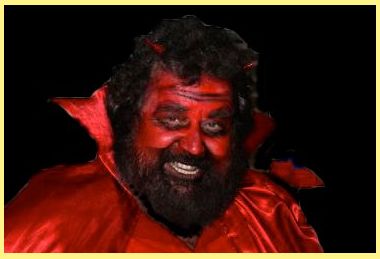 I will happily and unreservedly restate that I firmly believe FIFA, as a decision-making body and as an organisation, is not corrupt …

When a Swiss farmer’s neighbour has a cow while he has none, the less fortunate farmer will work twice as hard so that one day he can buy a cow as well. When another farmer, elsewhere, on an island, say, has no cow but his neighbour does, that farmer will kill the neighbour’s cow out of sheer malice.

I’d rather be a Swiss farmer, like it or not.

He rejects these accusations and confirms that they are without substance. The accusations also contain statements according to which Mr. Blatter, the incumbent FIFA president, was informed of, but did not oppose, payments allegedly made to members of the Caribbean Football Union. Mr. Bin Hammam has therefore requested that the investigation by the Ethics Committee be extended to include Mr. Blatter himself.

The timing of the accusations so close to the election of FIFA president on June 1, 2011 suggests that they are part of a plan to damage Mr. Bin Hammam and force him to withdraw as a candidate for the FIFA presidency.

The fresh allegations concern a meeting in Trinidad this month, jointly organised by Warner and Bin Hammam, at which the Qatari presented his presidency case to the Caribbean Football Union.

Blazer’s evidence is contained in a file put together by CONCACAF’s Chicago-based lawyers containing sworn affidavits and damning pictures from CFU officials, who claim they were offered cash for ‚development‘ projects.

Some of the money was accepted, according to the report. But a number of CFU delegates refused and reported back to Blazer, the CONCACAF general secretary, with their concerns.

The whistleblowers included the president of one of the CFU member countries.

Bin Hammam is known to have bankrolled the Caribbean event on May 10 and 11, reportedly paying for luxury accommodation at the Grand Hyatt Hotel in Port of Spain and travel for the representatives from 22 CFU countries.

Blazer has alleged that ‚violations were committed under the FIFA code of ethics in relation to the upcoming FIFA presidential election‘ – in other words cash for votes.

As Presidential candidate Mohamed Bin Hammam and veteran FIFA vice-president Jack Warner prepare to face FIFA’s Ethics Committee on Sunday (May 29) after being charged with alleged bribery, insideworldfootball has learned that at least five national associations from Warner’s Caribbean Football Union (CFU) were offered cash bungs but refused to accept them.

Although the countries cannot be named, the bungs, understood to have involved several thousand dollars in cash, are believed to be documented in a file of evidence put together by a firm of US-based lawyers and sent to FIFA.

While several associations refused to accept the sweeteners – handed over by two junior CFU members who have also been charged but who were apparently only acting on instruction – others readily accepted the money for „development projects“ having been assured no rules were being broken, insideworldfootball has been told.

When he was unable to attend last month’s CONCACAF Congress in Miami, it was claimed, and reported by this website on good authority, that Bin Hammam was refused a visa to the United States even though he holds a diplomatic passport.

Instead, he was invited by Warner, ostensibly in the interests of fair play, to address Caribbean members of CONCACAF at an alternative one-off meeting in Warner’s native Trinidad a few days later.

insideworldfootball has learned, however, that the documentation provided to FIFA shows that Warner and Bin Hammam exchanged a series of private emails arranging the Trinidad meeting where the bribes allegedly took place well before the CONCACAF Congess in Miami and well before any visa problems may or may not have arisen.

Sources have confirmed that the pair initially discussed holding a second full CONCACAF summit just for Bin Hammam to explain his election manifesto.

Blazer apparently blocked that move so Warner turned it into a event solely for Caribbean members of CONCACAF.

Amid febrile claim and counter-claim, further details emerged of the allegations contained in the dossier compiled by the US attorney John Collins at the behest of Fifa’s US executive committee member, Chuck Blazer, the Concacaf secretary general. The file, which contains signed affidavits from officials approached at a specially convened meeting of the Caribbean Football Union and offered payments of up to $40,000 from Bin Hammam, is believed to allege the „football development“ cash was proffered in private briefings with the 25 attendees.

Some of those who rejected the cash approached Blazer following the specially convened conference on 10 and 11 May, arranged after Bin Hammam said he was earlier unable to attend the confederation’s Congress in Miami for visa reasons. Concacaf, controlled by its controversial and much-criticised president, Jack Warner, has consistently played a pivotal role in presidential elections due to exercising its bloc of 35 votes of the 208 on offer.

It also emerged yesterday that Bin Hammam had persuaded Warner to organise a special congress of Concacaf, the region representing North and Central America of which Warner is president, ahead of the organisation’s official event in Miami on 3 May. Warner told Blazer to ratify the proposal but Blazer blocked it and Bin Hammam did not go to Miami. He cited visa problems, although he is understood to have a diplomatic passport.

The CFU meeting which Bin Hammam and Warner attended went ahead on 10 May. One attendee contacted yesterday claimed that she did not see evidence of bribes being handed out. Franka Pickering, the president of the British Virgin Islands football association, said: „We discussed why he [Bin Hammam] was running [for president] and that was about it. Us small islands are just a drop in the bucket.“

However, Blazer has alleged that bundles of cash were handed out at the meeting and is understood to have compiled a dossier of evidence with his lawyer John Collins that includes sworn affidavits and photographs. New evidence of alleged corruption is emerging all the time, most recently an email from Warner to Triesman which was leaked to the BBC.

In the email sent to Triesman in February last year, Warner asked the English FA to donate $1.6m (£980,000) to Haiti so the country could buy the licence to broadcast that summer’s World Cup on public screens. Fifa has since confirmed that no licence existed and nowhere in the world would a public viewing licence have cost so much, let alone Haiti. …

Blatter, who faces arguably the most critical weekend of his 13-year reign as Fifa president, said that it was wrong to assume that he took a „perverse satisfaction“ in the corruption charges against Bin Hammam and Warner. But at no point did he refer by name to either of the two men, who will learn their fate at an ethics committee meeting on Sunday. In what looked like a direct attack on the former Football Association chairman Lord Triesman, who alleged Fifa corruption in evidence to Parliament this month, Blatter attacked „some malicious others who have neither put up nor shut up“.

Otherwise Blatter sat firmly on the fence, sympathising with „two men who stood by my side for some two decades“ who, he said, had been made to „suffer through public humiliation without having been convicted of any wrongdoing“. Yet in trademark style he also praised their accuser Chuck Blazer, another ExCo member, for his „civic courage“.

Blatter hinted at his own state of mind by ending his column for the Inside World Football website with a bizarre proverb about Swiss farmers having their cows killed by jealous neighbours. „When another farmer, elsewhere, on an island, say, has no cow but his neighbour does, that farmer will kill the neighbour’s cow out of sheer malice,“ he wrote. „I’d rather be a Swiss farmer, like it or not.“

FIFA also said CFU employees Debbie Minguell and Jason Sylvester are under investigation. … Minguell and Sylvester both work for the Caribbean Football Union, which is based in Warner’s CONCACAF office on Edward Street, Port of Spain. Minguell is currently assistant to CFU general secretary Anganie Kanhai. Minguell has been with the CFU for a while and has previously worked with Kerry Alleyne, who was the first woman to hold the position of CFU general secretary, before resigning in 2006 and migrating to the United States.

A call to the CONCACAF president’s office yesterday revealed that Minguell was on vacation. Sylvester has been with CFU for four years where he is the event coordinator. His job includes handling tournaments. Sylvester is currently in Guyana where he is in charge of the CFU Club Championship Finals involving Tempete (Haiti), Alpha (Guyana), Puerto Rico Islanders and Trinidad and Tobago champions Defence Force.

Warner’s lawyer Om Lalla was yesterday asked to shed light on whether the Caribbean Football Union officials were also required to travel to Switzerland to face FIFA as well. Lalla, represents both Warner and the Trinidad and Tobago Football Federation.

Lalla would likely represent both Warner and his CFU counterparts, but he could not yet say if the other CFU officials will be required to travel to Zurich. Lalla also said he will confirm today whether he will be accompanying Warner to Zurich.

„It is a tribunal hearing governed by the rules of FIFA,“ Lalla disclosed. „Like any other tribunal, persons will be call upon to make statements and present whatever evidence, but of the exact details, I don’t have the particulars as yet.“

Then on Wednesday, a week before planet football goes to the polls, his only challenger is charged with corruption. Co-incidence? Fifa is so tainted by Blatter’s appalling record in dealing with previous allegations that few were willing to accept that it was. Bin Hammam certainly believes not and last night claimed that the charges are entirely politically motivated. Fifa sources counter that Blatter was not aware of the substance of the allegations until the report was handed to Fifa. Fifa president Sepp Blatter and world football’s governing body face their biggest challenge so far.

There could also be advantages in removing Warner, although the politics involved would make Machiavelli blush. The pantomime villain of world football has been in a mutually supportive embrace with the president for a decade, trading votes for immunity from punishment for offences including ticket touting. So what better way to show that you are serious about corruption than to remove a man who sums up Fifa’s failings?

But these charges are too serious and, on the face of it, substantial to dismiss as a conspiracy. Their strength, as well as their weakness, is that for the first time they come from inside the organisation.

Chuck Blazer’s claims have been investigated by a former US federal prosecutor, and the dossier contains sworn affidavits and documentary evidence. Fifa, and the lawyers, believe they have „a very well documented case“.