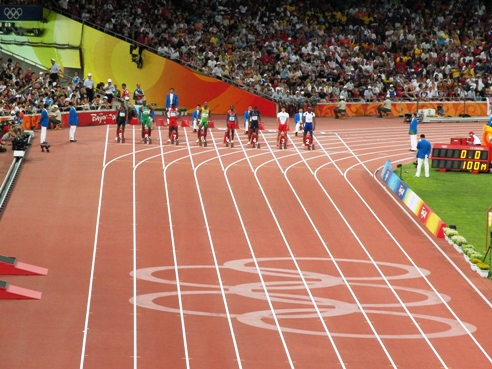 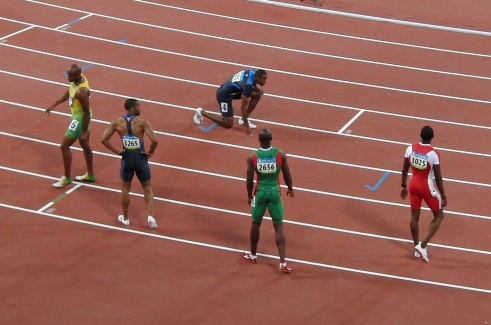 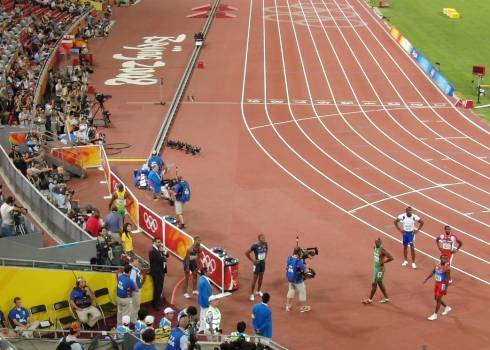 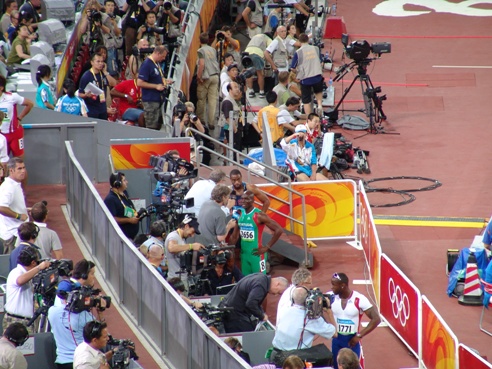 Quotes from Tyson Gay after he finished fifth in his semifinal and failed to advance to the final of the men’s 100m.

Toward the finish line I couldn’t tell if I made it to the finals or not. I looked up there and realized I didn’t. It was kind of devastating.

I may have needed more races, but I don’t really have any excuses. I just didn’t make it. My hamstring feels good, it’s not bothering me. I wasn’t too overwhelmed with it being the Olympics. It just was one of those things that happened. Maybe I could have used some more training or more races. I kept trying to get my rhythm through each round. I thought I had a better start than I had the first two rounds. I pretty much ran hard through the finish line.

I’m pretty upset. When I get back to the Village, it’s really probably going to set in. My family is here, everyone at home is supporting me, and I just feel I let them down a little bit. But at the same time, I did my best and everyone knows I did. When you race in the Olympics and the Trials, you peak your body two times. I was prepared to peak my body twice, but the injury set me back three or four weeks. It’s (the hamstring) healthy, 100 percent. It’s obvious that my fitness is not there. My legs were behind me a little bit (back kick), I think my mechanics weren’t where I wanted them to be. I think I just ran out of time. I was getting better and feeling more comfortable each round, it just didn’t come together. Definitely I’m interested in running the relay.

On coming back from the injury:

Three weeks, four weeks off because of the injury after running 9.7, 9.6 … it was just a back and forth battle, reversing the negativity in my mind. It was very difficult. At the same time, I felt good. I was comfortable and relaxed. I felt I got a good start. I couldn’t really feel anybody and I got tight a little bit because I was trying to make it to the final and I really couldn’t see anybody (running in lane 9). Then I relaxed a little.

On Dix and Patton in the final:

I think they can do very well. Walter is a young guy, very fearless, and Darvis is the same way. I’m proud of both of them. They both deserve it.