Adam Pengilly from Great Britain (bobsleigh) and Angela Marie Ruggiero from the USA (ice hockey) have been elected to the Athletes’ Commission of the International Olympic Committee (IOC) by their peers at the Vancouver 2010 Olympic Games for a term of eight years. During this period, they will also serve as IOC members, bringing the athletes‘ voice right to the heart of the Olympic Movement. The announcement was made today at Vancouver’s Olympic Village by Anita L. DeFrantz, Chairwoman of the Election Committee and IOC member. The election was held over the past 19 days in the Olympic Villages in Vancouver and in Whistler. 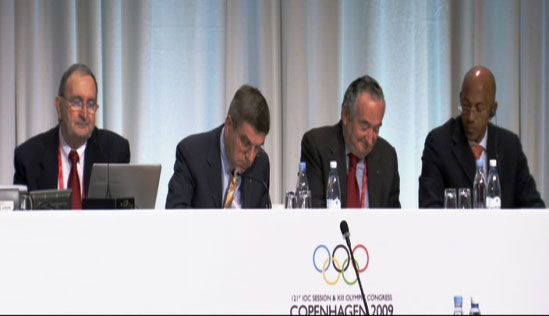 The IOC, the 2016 bidding race and the question of a secrect, democratic election

The major Olympic decision this year is the election of the Host City of the Games of the XXXI Olympiad in 2016 on the 2nd October in Copenhagen. This is the climax of a tough two-year-long worldwide competition. The bidding cities, and the finalists Chicago, Madrid, Rio de Janeiro and Tokyo, have spent hundreds of millions of US-dollars over the years. And they have planned billions of dollars for their Olympic projects. The final day of the race at the 121st IOC Session in Copenhagen is going to attract extraordinary worldwide attention. Head of states and government ministers from all four bidding countries are expected in Copenhagen.

All bidders expect a truly free, transparent and democratic election system. It is up to the International Olympic Committee, which was described as the „least accountable global organisation“ in the 2008 Global Accountability Report, to provide such an election system.

Several IOC members, talking to me under the condition of anonymity, have raised questions about the election system. They have criticized the so called Electronic Voting System (EVS) which was introduced by the IOC at the 111th Session in 2000 in Sydney. 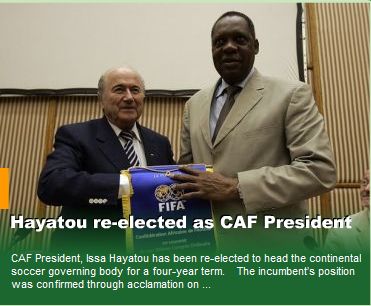